So the Agile 2013 conference is in the books and we could not have asked for a better experience for my home town of Nash Vegas. I heard multiple comments from newcomers as well as the veterans that this was one of the best and I have to wholeheartedly agree. Here's a quick recap from my personal experience:

This was a very fun session with some good, hands-on exercises. I came away with some validation of techniques I have been using previously and some new ideas on how to train and coach on the subject moving forward. I had a forehead slapping moment as I realized his primary technique was almost exactly like what we do with sizing stories and I wondered why I have never translated that over to assigning business value. Chris is very engaging and made it a fun experience. 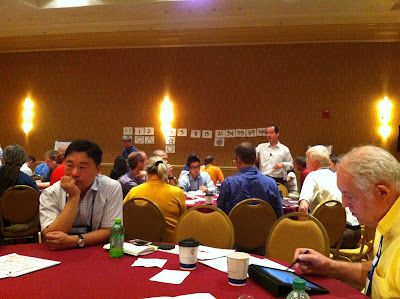 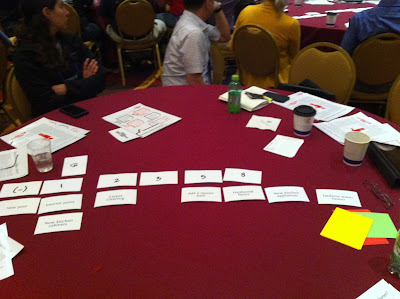 The session I was headed to got cancelled and I popped into this presentation with a friend. I have seen Mike present on this material before and while there were a few new twists, it was basically the same information. While this was not new to me (I am a big Cohn fan already), it was a great session for anyone new the idea of User Stories, Story Points, Planning Poker, and Release Planning.

While he never said it in the session, much of this content came from the much contested Scaled Agile Framework (SAFe). And while Ken Schwaber blasted it (and those who seek to sell it), I was validated in that some of the techniques for taming an enterprise backlog that he suggested were ones I have reached organically with multiple clients. I understand the mistrust of big frameworks promising the world as long as you use their software and services (I have been bit by that snake a time or two before..ahem..RUP), but I hate that it seems the good was thrown out along with the bad as the whole thing was often entirely dismissed. To say this was a sore subject among the attendees is an understatement. While chatting about it with some friends and Arlo Belshee (here let me pick up that name you dropped) at the Valtech conference party, a SAFe supporter stormed off from our table.

I had already read the excellent white paper on this, but it was nice to hear it direct from the source and there was plenty of "between the lines" content. They basically implemented a more Agile friendly twist on the matrix organization with a focus on the product and features. I've done variations of this in larger organizations, but this is definitely a go to example. Who wouldn't want to be on a squad as part of a tribe in their particular guild? I also love their office setup with each squad having its own development area along with a dedicated meeting space as well. This video by Anders has some of the same content.

Bryan Beecham's (with special guest Mike Bowler) session was the most fun. We were separated into tables with bags of LEGOS and he totally Miyagied us by having us make stuff with them and before you knew it, you were practicing TDD. It was an excellent exercise for non-developers (but there were several developers there as well and we all had a great time). I sat with Bryan and Tim Ottinger while they tweaked the exercise and it was very cool to see it evolve. Here is a link to Bryan's slides for the session. 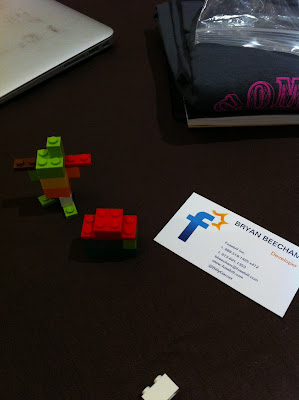 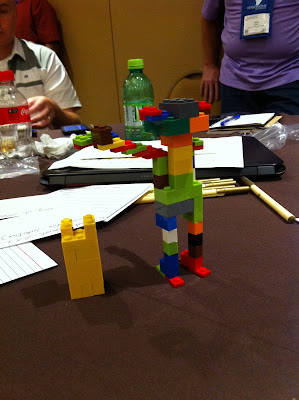 While this session was not what I originally thought, it was definitely interesting and informative. I have used mind mapping techniques for eliciting stories and to help slice them into small, workable components before. This was a new technique with a bit more structure that I am looking forward to trying out. This video is fairly close to the content David covered. He used a product called CardBoardIt that was an online version of how he did story mapping that might be something for distributed teams to try. 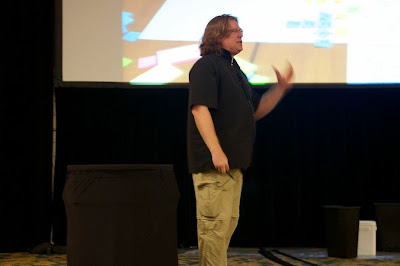 Sometimes the best stuff you get is not from the presentations, but from the ad-hoc sessions called Open Jams. In the middle of the conference area was a big space with tables, chairs, flip charts, and white boards where groups could get together and talk about anything that tickled their fancy. If it strays from what interests you, get up and go to another one! I popped in a few of these. 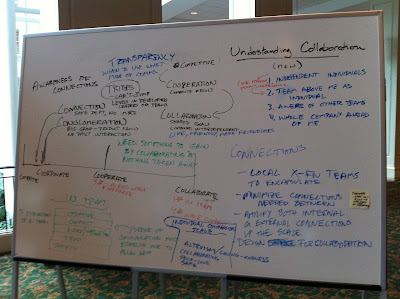 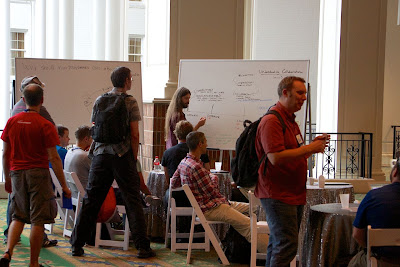 This open jam was all about how to get teams and companies to be more collaborative. The guys from Spotify, Arlo Belshee, and Diana Larsen were there just to name a few. It was a very interesting discussion that I wished I had videoed. Each time we talked about some goal, impediment, or action around collaboration we kept coming back to trust. 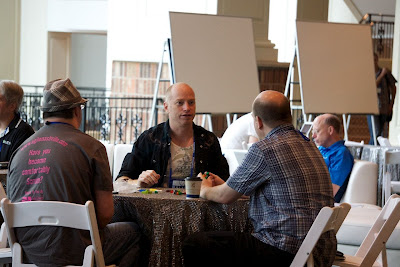 As I mentioned before I sat with Bryan Beecham and Tim Ottinger while they were tweaking the TDD LEGO game and Tim kept rattling off study after study that applied to the various topics we covered. He has a wealth of knowledge that I wish I had had more to talk through with him. One that stuck with me was SCARF which is about how people interact with each other. Guess what it all started to boil down to? Trust. (Hmmm, I sense a theme.)

I walked into another group midway through their discussion about the language of learning. Diana Larsen was holding court and it was very enlightening how she mapped some of the higher concepts to concrete Agile practices. I asked her if the content was online somewhere and while he particular topics were not, she pointed me here.

Another great part of the conference is getting to unwind and hang out with everyone. There were some great events ranging from a simple dinner with a few new friends to an epic party on the Shelby Street Bridge hosted by LeanKit. 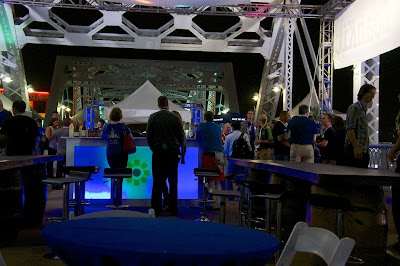 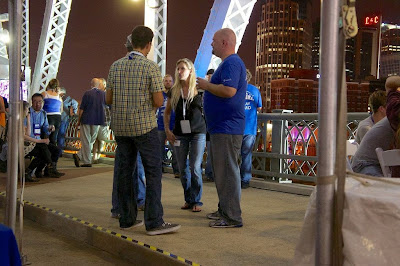 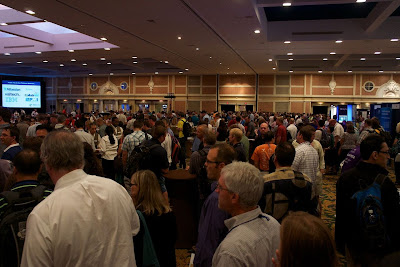 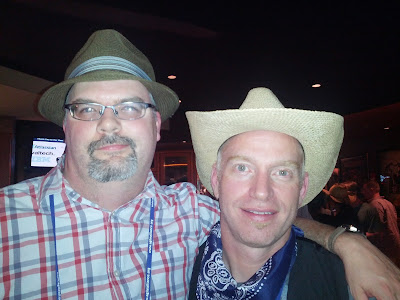 Big Visible interviewed a ton of the speakers and other thought leaders at the conference and you can find those videos and podcasts here.