When Sandi Hoff from the Nashville Technology Council called and asked if I wanted to go to the White House's first ever Tech Meetup, I was very humbled and extremely excited. This was a meeting of over 50 tech community organizers from across the United States getting together with White House officials to talk about how to help bridge to gap between the 500,000 unfilled tech jobs and the vast, under-served population of qualified candidates. It was a great honor to represent Nashville along with Bryan Hunter and Sal Novin.

The meetup was held in the Eisenhower Executive Office Building right next to the West Wing of the White House. While I was disappointed it was not an intimate chat in the Oval Office, the EEOB is a very impressive building itself. This building contains the majority of the President's staff, the Vice President's office, the Secret Service, the White House medical unit, and more. When you see the President in a room full of people in front of some dark blue curtains announcing some presidential thing or another, he is usually in the rooms we were in for the meetup. 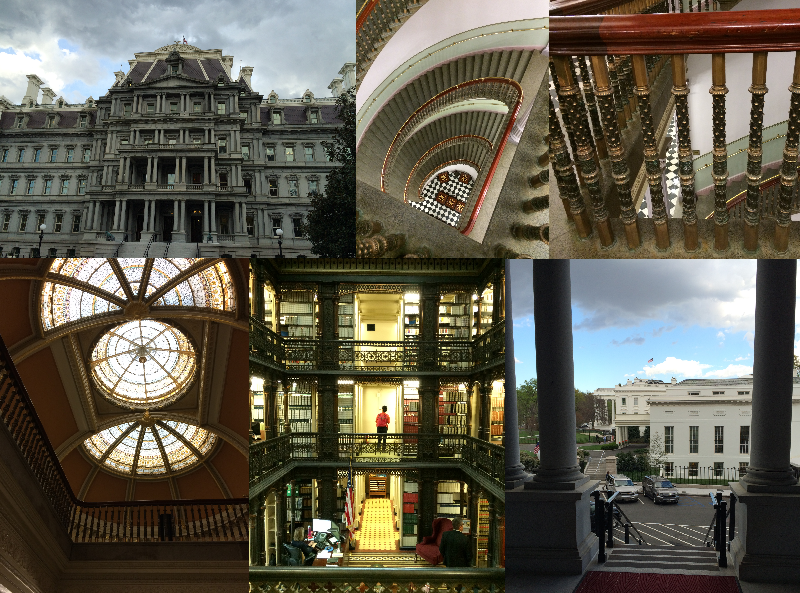 The building has been around since 1871 and is gorgeous. The staircases have over 4,000 individually cast bronze balusters and are capped with domed stained glass rotundas. The Executive Office of the President's Library is also housed in the building and according to Megan Smith it is very "Harry Potter looking." Bryan and I wandered out the east balcony and almost to the doorstep of the West Wing until we were discouraged by armed Marines.

Kicking Off the Meetup

Rafael Lopez, Senior White House Advisor, was our engaging master of ceremonies. He kept things going smoothly along with his army of White House staffers and interns. Megan Smith, the Chief Technology Officer of the United States, was the meetup host and got things kicked off. Megan is energetic and her constant smile is infectious.  She encouraged everyone to work together to see how tech community organizers could create a more inclusive culture in the tech industry for minorities and underrepresented populations. With an impressive resume including a degree from MIT and stints at Google, Megan has tons of geek cred. I was impressed with how much she know about all the different initiatives and meetups when they had everyone get up and introduce themselves.

Jeffrey Zients, Director of the National Economic Council, followed with a pitch to empower Americans with the skills to land any of the 500,000 unfilled tech jobs in the United States. He lamented that many individuals considered these types of jobs out of their reach due to their lack of specific degrees or not being located in a perceived "tech hub." He pointed out that local tech meetups are a great way for these individuals to gain tech skills outside of traditional academic means and find better opportunities.

Scott Heiferman, CEO and co-founder of Meetup, wrapped up the kick off talking about how tech meetups can help make people's lives better by inspiring them, getting the jobs, getting funding for startups, and more. It was interesting to hear how they were surprised and Meetup that certain types of meetups they thought would be very popular never took off and ones they never dreamed of became huge communities. His energy and excitement was infectious as he enthusiastically  described some of the tech meetup organizers attending the event and how their organizations were creating opportunities for people.

The rest of our morning was spent highlighting some of the great work being done all over the United States by the tech meetup organizers. There were so many great examples but I'll just touch on a few that inspired me personally.

Felicia and Jamal O'Garro were both laid off and decided to start a meetup to learn how to code and find better jobs. They found many others in the same situation and now Code Crew NYC has over 7,000 members and have taught of 1,000 people to code. This was a very inspiring story about alternative methods for teaching people tech skills outside of traditional institutions.

Andrew Coy of Digital Harbor took over failing rec centers and turned them in tech centers where they now serve over 2,500 youth in Baltimore. They help teach them skills in electronics, 3D printing, etc. to help prepare them for better paying jobs in the tech industry.

Denise Ross & Clarence Wardell are using data to improve policing, build trust, and engage the community. This session seemed very timely with all the recent incidents around police aggression and  their initiative was striving to use policing data to help bridge the divide between police departments and the communities they serve.

Laurene McCann gave an inspiring talk about using tech to make a social impact. Here quote "Build with, not for" struck and chord with me and inspired me to come back to Nashville and do more work with our local tech community rather than for it.

Zack Leatherman from the Nebraska JS Meetup said one of the things that inspired him to start his group was the flight of top tech talent from his state to other higher profile tech hubs.

These are just a few of the fantastic people that shared their stories of how their tech meetups are giving people better opportunities. I posted links to all of these spotlight sessions on my Twitter feed if you want to see more of them.

The afternoon was held like an un-conference with two sessions where the attendees submitted and voted for session topics. My first session was centered on filling the pipeline for tech jobs with qualified candidates who may usually be overlooked such as minorities, under-served populations, and people without technical certifications or degrees. There were some great discussions around an array ideas such as early education in grade school (via Kimberly Boyd), people already working in the industry volunteering as technical guidance counselors for high school and college students, and organizations to help provide screening and recommendations to companies on candidates who might not immediately meet their requirements but have great potential (something I do for my company, Holland Square, but would love to see adopted by other organizations). John Fraboni from Operation Spark was worried that our industry while being more open to people without degrees was still hung up on technical certifications. 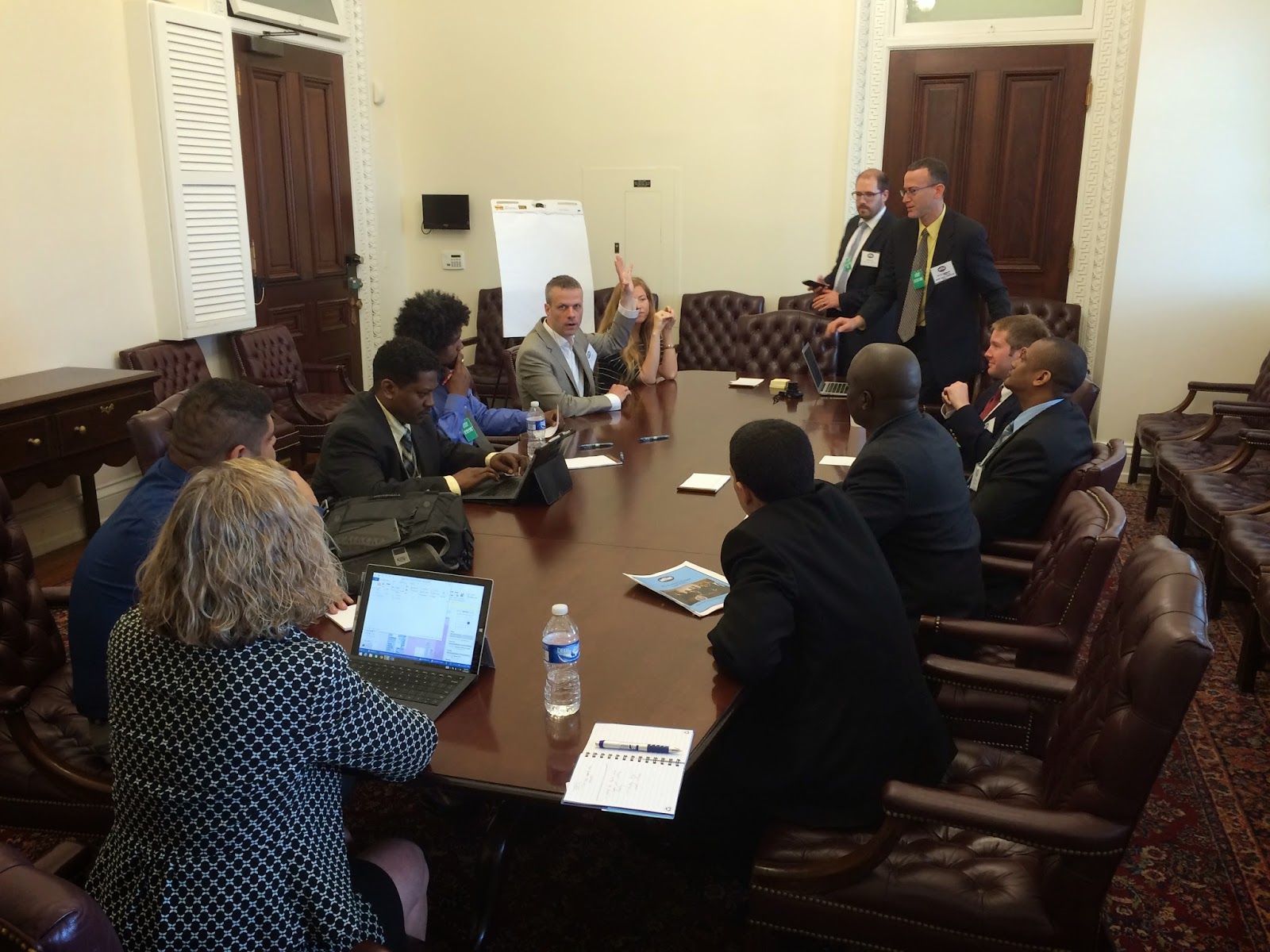 Our second session was about collecting and analyzing data about under-served children and using it to identify ways to give them better opportunities. Sixto Cancel's organization, Think of Us, is already using videos that present a style of "choose your own adventure" decisions that can be a very engaging way to survey children who may otherwise not respond well to being asked a series of rote questions. I brought up an idea inspired by a social group my autistic daughter belongs to where we create an online community where kids can create their own characters much like a game like World of Warcraft and then participate in any number of different challenges to earn experience, badges, achievements, etc. This would tap into kids natural love for video games and act as a catalyst to get them to be engaged. This could be made into a generic platform that could be used by both non-profits and for profit companies alike (which is also a way to get funding for it!). Shelonda Stokes of Greibo.com was excited by our discussion so much that she is going to seek out organizations to help build that platform.

There were many other great sessions that I did not get to attend but thankfully, Michael Calvert of MongoDB setup a Slack.com  channel for the White Meetup attendees to continue our conversations.

It was a long, long day but even though I was exhausted at the end, I left truly inspired. There were so many examples of people in tech communities helping people find better opportunities. It was also amazing to see government officials so engaged and knowledgeable about what we do. I totally would be on board for a Megan Smith 2016 presidential run!


You can see the morning session on YouTube and listen at the 1:25:45 mark for Megan to give a shout out to Bryan's Functional Programming group and my Agile Nashville group. You can also see all my photos from the trip here.

Thanks to Everyone Involved

Thanks to Megan, her team at the White House, and Meetup.com for putting on such a great event!

Thanks to the Nashville Technology Council for recommending me for the meetup, and my awesome management at Holland Square who enthusiastically footed the bill for me to go!

Thanks to Bryan Hunter for being my partner in crime and to Sal Novin for rounding out a kick ass Nashville delegation!

Big thanks to my wife for not killing me when I sprung this trip on her last minute!

Thanks to all the new people I met who inspired me with their stories!

Let's keep this going and hopefully I'll see everyone at the next White House tech meetup!